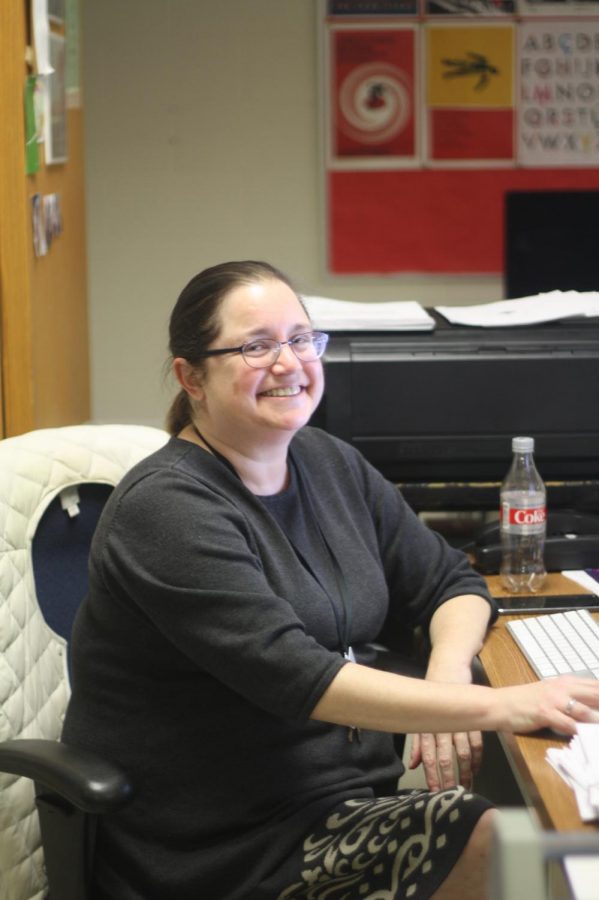 I’ve come to notice, that anytime I mention her name. Every student or person that I’m near, automatically goes “Awww I love Ms. Tane” or “ She’s the best.” Leslie Tane, or are we all call her Ms. Tane, is one of the most selfless and caring teacher I’ve ever met.

Ms. Tane was born in Bryn-Mawr,Pennsylvania, but she grew up on Long Island though with her younger brother and dog shadow. Throughout her childhood she was able to always see the different styles of photography and different depictions of it. She was able to tell because the constant impact and influence of it her life. When asked who was the most influential person throughout her childhood, she said her friend Alyson. She was the one that was always ready to go, go,go. Had these extravagant ideas, but was also the person who you could go to and share your secrets to and/or just a shoulder to cry on. When in high school she also finally realized her love of photography because of her teacher, Ms.Taylor. That and the fact through generations her family had been collecting art. In the beginning of her senior year of high school, Ms. Tane went on a field trip with her school group she was in, called the Key Club. There field trip was going to a New York Islanders game, where Ms. Tane met her soon boyfriend. Defencemen, Dean Chynoweth was the boy that Ms. Tane wasn’t afraid of. She walked right up to him and gave him her number. The next day was not just the way she received a call from Dean, but also it was her birthday and the day she got accepted into College.

Ms. Tane attended Colby College, in Waterville, Maine. She majored in English but took a photography class as an elective. Throughout her childhood, Tane had been sailing. She even dreamed about going to the Olympics. When she arrived at Colby College she decided to join the team. Where she was then going to be ranked as #18 on the national sailor list. In her Senior year she studied abroad in Ireland, for 4 months. After she graduated she took a publishing class in the summer, where she found out about graphic design. She soon fell in love with graphic design. She soon got a internship at Conde Nast Traveler Magazine. Where she helped design websites for local business and nonprofits, such as, Western Mass Food Bank and Tapestry Health.

Later after her internship she started working at a bunch of different places. Worked for Disney, Ferrari, News Weekly Magazine. She then started her own company which she owned and ran for 14 years, before coming here to South Hadley High School. Her company called “Leslie Tane Graphic Design

More into her personal life, Ms. Tane has two kids, Mikayla and Tucker.

When asked about her home life she said it’s very tight family. Her and her two kids have a very strong bond. Her daughter, Mikayla and her share a special bond with very different meanings behind it. I.W.O C.Y may not have any meaning to you but it’s something very special and held dear to their hearts. It stands for “I Would Only Ever Choose You.” Her daughter has since bought her a ring with it engraved in the inside. They’ve also promised each other to get matching tattoos once Mikayla is older.

Throughout her life, Leslie Tane has done many extraordinary  things, but what shes most proud of is. Becoming a mom and teaching the thing she loves.