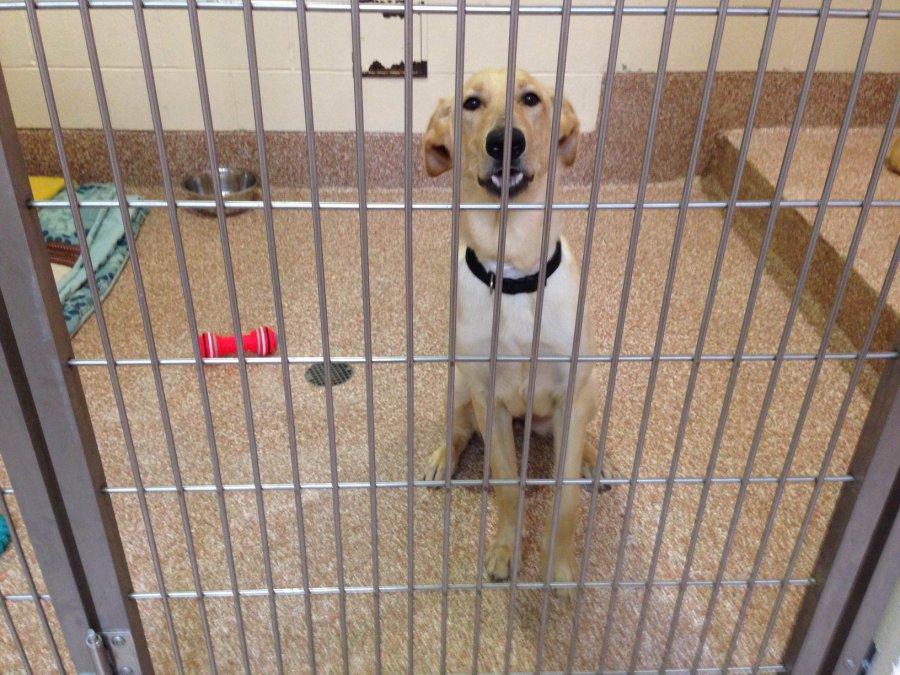 If I close my eyes and envision the perfect American family, this is what I see: a mother and father, two kids and a golden retriever standing in front of a big house on a well kept lawn surrounded by a white picket fence.

That’s the American dream, isn’t it? A good job, a big house, a few kids, all complete with man’s best friend; a dog. In our country, we often even consider pets a part of our families.

But many people are unaware of the serious pet overpopulation problem that’s plaguing America today, especially in the South. The lack of spay and neuter surgeries is the main problem. If dogs are free to roam around completely intact like they often are in the South, puppies are going to be born, and then those puppies will have puppies, and the cycle continues on until shelters are overflowing with adoptable dogs.

Another reason our nation is faced with this problem is “puppy mills,” which are factory-style breeding operations that put profit above the welfare of dogs. According to the Humane Society of the United States, “Most animals raised in puppy mills are housed in shockingly poor conditions with improper medical care, and the parents of the puppies are kept in cages to be bred over and over for years without human companionship.” According to paws.org, roughly 90% of pet stores dogs are products of puppy mills.

By buying into this inhumane industry, we’re ignoring all of the dogs in shelters who are more than deserving of homes.
Some homeless dogs get adopted from the shelters, or they may get transported through the “Dixie Dog” program, which brings dogs from overcrowded southern shelters up to the North where they have a better chance at getting adopted. Others are not so lucky.

According to the American Society for the Prevention of Cruelty to Animals (ASPCA), over 1.2 million shelter dogs are euthanized every year simply because there are not enough people to adopt them. That’s nothing short of a tragedy if you ask me.

However, even with this appalling statistic, people continue to buy puppies from breeders and pet stores every day, paying up to $1,500 for a purebred pet. Just paying that much for a pet seems ridiculous to me in the first place, but paying that much for a dog to be specifically bred for you when there are millions of dogs out in the world waiting for a home is just plain mindboggling.

I understand that people sometimes buy dogs from breeders for specific, respectable reasons. For example, if someone in the house has allergies, getting a labradoodle (a cross between a Labrador retriever and a Poodle) from a breeder might be a good idea because they’re known to be hypoallergenic. Or if someone really wants to show Beagles in dog shows, then they obviously would need to buy a purebred beagle.

What bothers me is when a family is looking for a pet and they go out and buy a purebred Golden Retriever. The way I see it, a purebred dog is somewhat of a status symbol in our culture.

There are so many reasons to adopt a dog at your local shelter; you save money and you aren’t supporting the egregious puppy mill industry, but the reason that stands out to me most is that in the end, you could be saving a life.

Nelson may be reached at [email protected]