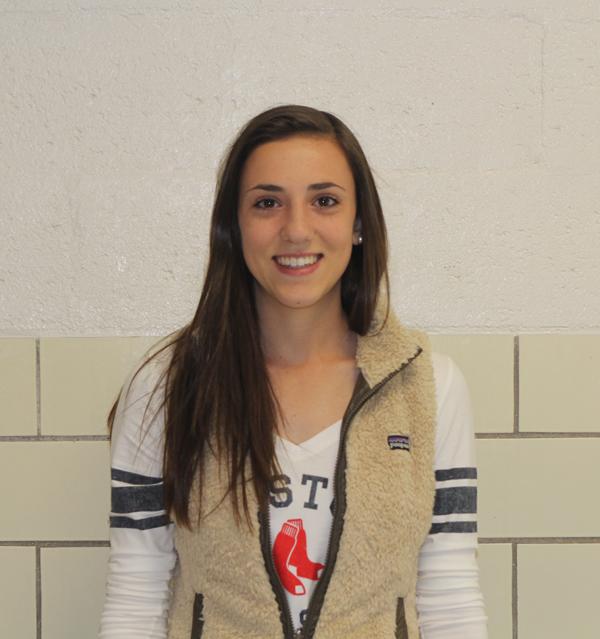 Congratulations to Senior Sienna Hebert for winning the Western Massachusetts Girls Individual Golf Championship at Worthington Golf Club. Throughout the day, the players had to deal with on and off rain and raw temperatures. Hebert said, “The rain took a toll on me and messed me up a bit. My hands would slip and it was freezing out.” She beat everyone with a score of 85, but had to wait around until her competitors finished to hear the their final scores. When she found out the other scores and that she had won, Hebert said, “I was extremely happy and excited, but I was shivering from the rain and cold weather.”

Hebert’s chances of winning were high. “I knew the top girls I had to compete against and felt like I could pull off a win,” said Hebert. She was still able to leave victorious while playing at the Worthington Golf Club which wasn’t a familiar course. Hebert said “The course was really short, which was good, but the greens were small so it was hard to keep the ball on them. The course overall was not more difficult.” Normally, Hebert plays on the boys golf team in the number five and six spot. CC loves playing on the boys team, but she also said, “It was different, but a good change from the other sports I play.”

Success was in the air for the other golf team members as well. On Monday, October 21st, the South Hadley boys golf team attended the Western Mass Championship at Crestview Country Club in Agawam. South Hadley came in fourth place, only five strokes behind Minnechaug. Longmeadow won team play and Agawam rounded out the top three. Senior Joe Ciolek shot a 79 and qualified for states as an individual. Along with Hebert,  the top six players that competed in Western Mass for South Hadley were Junior Brian Bak, Senior Joe Ciolek, Junior Mike Miele, Senior Devin Hoagland, and Senior Tom Senecal. Hebert spoke for the whole team, saying that they all “had a positive attitude going into the Western Mass Championship and I think we all felt like we would move onto states.”